The Hooka Hired for Concrete Block and Beam Floor Challenge

The Hooka was hired in to a huge Block and Beam flooring project in Esher, where each of the large profile concrete beams weighed 340kg. With 40+ heavy beams to move, along with the pallets of concrete infill blocks, there were alot of materials to shift. The Hooka started by lifting and transporting the large individual 6.2 metre long concrete beams lengthways, so it could get through the restricted access doorway in the front of the property.

Once clear of the narrow access, the Hooka stacked the heavy beams in pairs on the far side of the house. With its 1200kg lift capacity, the Hooka was then able to take ‘pairs’ of the heavy concrete beams and lift them onto its bed for secure transport. With the beams braced and secured by the machines load-lock™ legs, they were then transported 60 metres down into the extension and set in place across the DPC foundation walls.

Once set on the foundation walls, the large concrete beams were simply levered into their final positions. They were then in-filled with the heavy concrete blocks that had also been delivered on their pallets into the site by the machine. The Hooka wrapped up the job in two days, saving a fortune in labour and removing the risk of musculoskeletal injury for the building team! 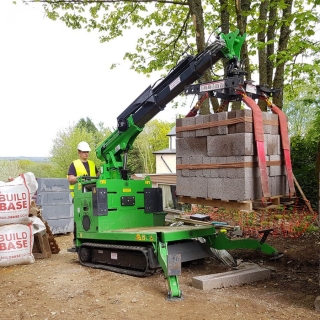 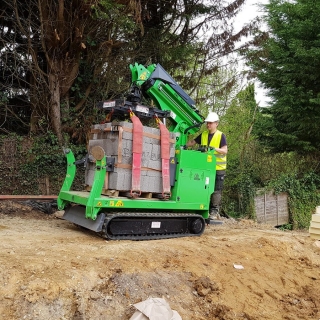 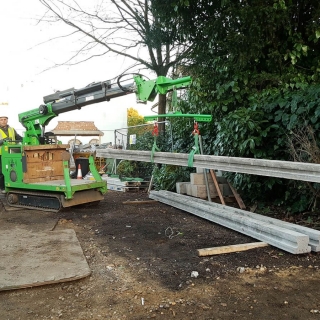 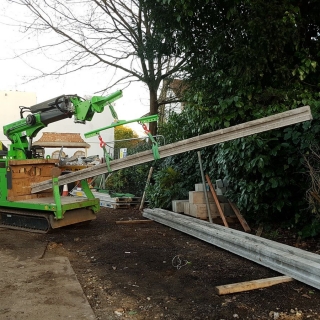 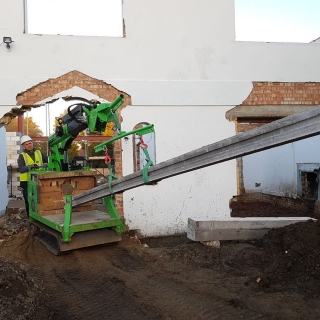 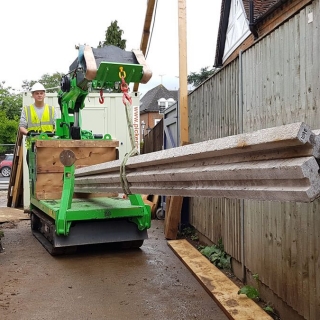 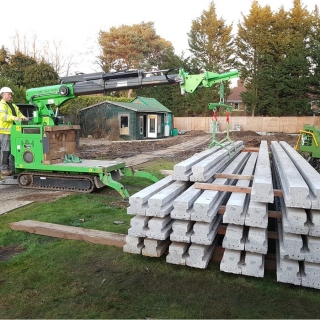 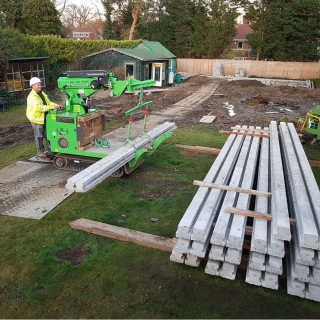 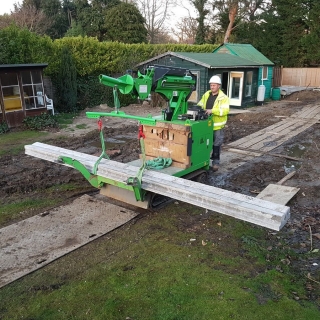 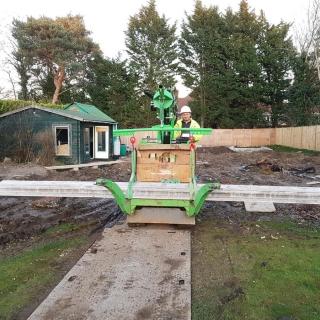 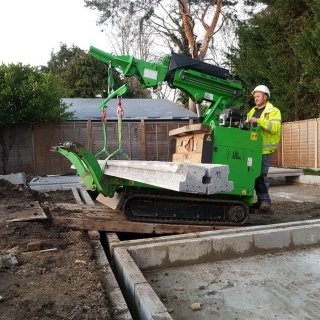 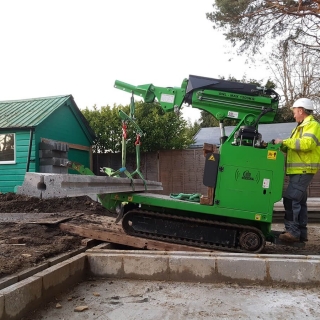 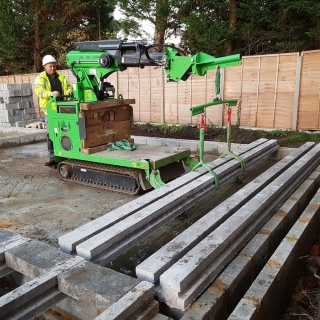 Hire the Hooka and take the strain out of moving heavy materials for your construction/building project.

Our specialist team will provide training when the Hooka is delivered to your project.